Pierre-Auguste Renoir is a famous French painter known for his impressionist art style, capturing real-life events full of color. Well, who wouldn’t prefer having Renoir’s work on the walls since he is known for capturing the leisure activities of the Parisian? Much of his artworks combine impressionism and the classical style of art.

Beginning as an apprentice to a porcelain painter, Renoir eventually learned decorative painting and copied great works. Soon he got into an art school and gradually flourished as an artist who got famous for his technique and style of painting.

In 1862, Renoir started studying art and met other fellows, including Claude Monet. Their friendship began to grow when they started creating several artworks together. In the summer of 1869, Renoir and Monet visited the River Seine outside Paris. Over there, the duo went boating at the resort La Grenouillère. Looking at the peaceful surroundings, both the artists decided to paint.

One of the brilliant paintings by Renoir showcases the use of vivid colors and broad brushwork, which was an essential feature of paintings by Renoir. The paintings of Pierre Auguste Renoir reflect the Impressionist style of art. Renoir paid more attention to the round islet, giving the painting a more personalized look. You can observe this from the presence of human figures on the sailing boats behind the center of focus. Renoir created this painting in the presence of Monet, and hence one can find great similarities between Monet and Pierre Auguste Renoir’s artworks.

Present on the walls of the Art Institute of Chicago, the work ‘Two sisters’ is created by Renoir on the balcony of his Maison Fournaise.

Pierre Auguste Renoir – Two Sisters Aka On The Terrace

Interestingly what you see in the picture are not two real sisters but rather two models for Renoir painting who, interestingly, resemble a lot. One can study Pierre Auguste Renoir artworks by looking at their work closely and understanding the impressionist theme in the artwork. The vivid colors of the background and the blue-eyed girl staring at you are so mesmerizing. It looks as if they are perhaps waiting on the terrace or casually resting.

The younger girl stares, and her flowery hat speaks volumes about her innocence. Impressionist Renoir’s paintings were widely famous, and the work Two Sisters made its way to the 7th exhibition of the impressionists, after which it was in the collections of art collector Charles Ephrussi.

Bougival, located in the west of Paris, was a riverside village where Parisians came to socialize and dance with their friends. This place was usually populated by artists who would sit and paint numerous outstanding works.

In this Pierre Auguste Renoir oil painting, the twirling couple catches your attention leaving all the others in the background. You would also see blurred trees added for vertical balance. With the beautiful pink attire, the girl wears a red bonnet, making her stand out. Indeed, red has been interestingly used by Renoir to set things apart. It is further visible in his following words: “…I want my red to sing out like a bell. If it doesn’t, I add reds and other colors until I get there…”

Pierre Auguste Renoir art, the Dance at Bougival, got its fame mainly because of the uplifting scene that Renoir paints. You see people in harmony and relaxation, enjoying each other’s company in perhaps an outdoor setting. The artist’s usual style is blurring the background so that the foreground remains the main point of attention. The gathering the artist paints looks like a middle-class setting as conspicuous by its casual, friendly theme. Nevertheless, the attire worn by people is quite good and appropriate.

Young Girls at the Piano

If you want to look at the details of the life of a French family typically during the nineteenth century, you must take a closer look at the young girls at the piano. It is amongst the top paintings of Pierre Auguste Renoir. Going into the detail, you would notice candle holders and classical bouquets with the piano, the chairs around them, and the fine draperies with tassels. It looks a little stuffy and confusing, yet there is a lot that you can interpret from the artwork.

The painting portrays the essence of companionship as it is visible through the coziness of the characters. This can also be seen through the warmth of the painting style and the soft glow it brings out. Upon a closer look, you would notice an arc swinging around the right, nearing the wall. This is seen in how the girl sits on the pillow, the position of the piano, and the russet-toned foreground.

Luncheon of the Boating Party

Renoir produced this painting to grasp your attention to take a look at the outdoor luncheon in France. It is an amiable representation of friends enjoying the Maison Fournaise restaurant. It is important to note that this place has often been a subject of Renoir artworks because of its fame and association with the harmonious social gathering. You would, however, see several friends and acquaintances of Renoir in this artwork, including his future wife, Alina Charigot.

The famous artist Renoir continued to paint until his death. Renoir used the impressionist style along with the old style of artwork. He was famous for his broken brushstrokes and use of vivid colors. He would blur the background to bring the entire focus to the foreground. He simultaneously incorporated the use of linear painting into his artworks. He has been famous for painting nudes and children and showcasing the modern life of the Parisians. Making over 6000 artworks during his life, Renoir is still remembered for the innovative work that he created. 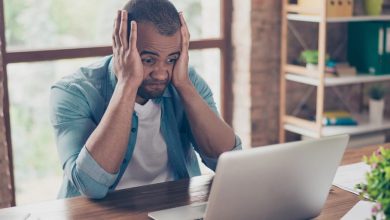 How a Freelancer Can Learn From Their Mistakes 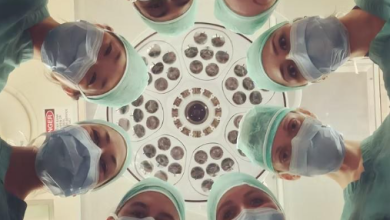 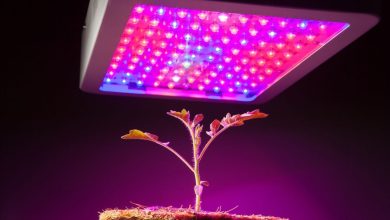 How to Choose the Best LED Grow Lights for Your Garden